Home Blog Uncategorized To Bra or not to Bra?

To Bra or not to Bra?

With the rise of the #freethenipple mindset, ‘to bra or not to bra’ really is the question. So far, there is little definitive evidence to support or dispute the benefits of wearing a bra, and the topic is much disputed by experts. Overall, it seems bra necessity is much dependant on the individual – for highly active, bigger busted, pregnant or breastfeeding women, day to day activities can be uncomfortable without a bra. So, until further research provides conclusive answers, we’d recommend doing whatever makes you feel most comfortable.

What the experts say:

Jean-Denis Rouillon, a ‘sports science expert’ from a university in France, recently conducted a study in which the breasts of 320 women aged 18-35 were monitored over a number of years, with a slide rule and a caliper (a device that measures the distance between two opposite sides of an object). The study concluded that wearing a bra does not reduce breast sagging or back pain, and that “women who stop wearing a bra do not experience any deterioration in the orientation of their breasts.”

However, this study has been questioned for its limited number of participants, lack of women over 35 and little information about the breast sizes or weight of the participants. Rouillon himself has stated that "It would be dangerous to advise all women to stop wearing their bra, as the women involved were not a representative sample of the population… These are preliminary results. The small sample of 320 young women is not representative of the entire population – that would require something like 300,000 subjects." He says that in order for these "preliminary results" to become "definitive", he needs to recruit a much larger sample of women, and to conduct further research on the subject.

Some experts, like ‘American Society of Plastic Surgeons’ President Dr. Robert X. Murphy, claim that bra use supports the ‘suspensory ligaments’ in the breasts (seen in the bottom right of the image above), which helps to prevent them from sagging over time. Others, including Dr. Cynthia S. Vaughn, the spokesperson for the ‘American Chiropractic Association,’ argue that a bra can in fact help improve posture and prevent spine issues and back pain, especially in buxom women. On the other hand,  Doctor Niels H. Lauersen and Eileen Stukane, in their book ‘The Complete Book of Breast Care,’ argue that bras are neither good nor bad for breasts, and should be worn (or not) according to personal comfort and aesthetics. As Rouillon’s study did not include women over the age of 35, it could not conclude the positive or negative long term effects of wearing a bra. So far, there is no definitive evidence surrounding bra use – so if wearing a bra feels right for you, don’t rush for the lighter just yet.

So… Should you ditch your bra?

In the end, there is no conclusive evidence to suggest that wearing a bra is detrimental to health, and it all boils down to whether or not you require the support, like the comfort and want the shaping/smoothing/containing that bras provide. Women who participate in high-intensity activity often find that sports bras provide much-needed support during workouts. Women with larger breasts often find that a great-fitting bra reduces back pain, postural issues and sweat rash, and provides necessary relief and comfort. Breastfeeding women often find that a nursing bra contains leakage and helps to support their tender breasts. Other women simply love bras for the accessory or the practicality.

One thing that is certain – if wearing a bra feels right for you, it is important to make sure that you are wearing the right bra size.

An estimated 80% of women are not, and an ill-fitting bra is highly uncomfortable and can contribute to a range of health problems. To make sure you are wearing the right bra size, check out our basic fitting guide. 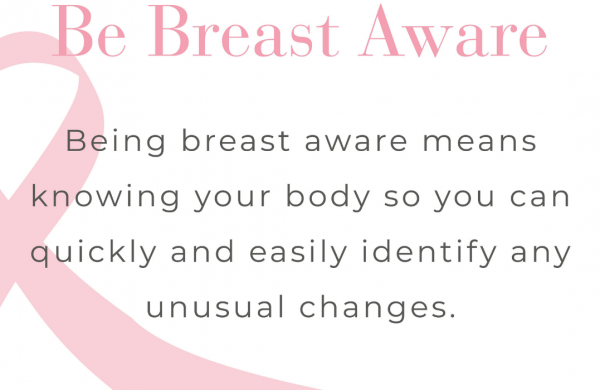